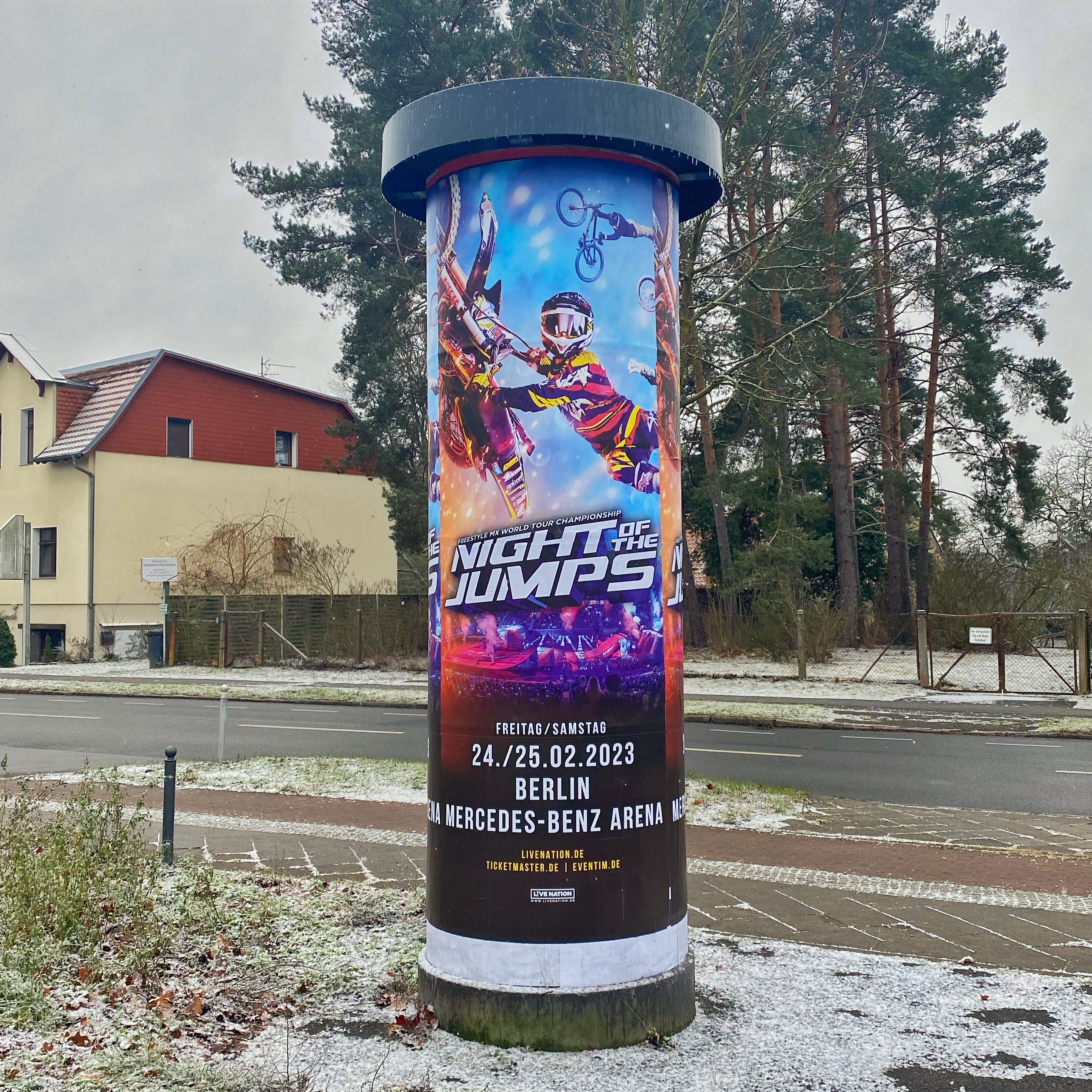 In February 2023, the NIGHT of the JUMPs will finally return to Berlin. The Mercedes Benz Arena in Berlin was always the start of the big Freestyle MX World Tour Championship before Covid-19. This year, Berlin is again at the beginning of a tour, whose final course is not yet finalized. Fixed are the dates in Berlin, Munich (March), Mannheim (May) and Zurich (Sept.), further dates are under negotiation.

In addition to the Freestyle of Nations, which will be held in Berlin for the first time in 2020, an individual classification will also be held again. Also returning will be the IFMXF Ranking, which in addition to the NIGHT of the JUMPs will also cover events of other organizers.

What is new is that the NIGHT of the JUMPs will return to the worldwide arenas with a new promoter duo. Live-Nation, as the world's largest live entertainment promoter, has recognized the potential of the world's oldest freestyle MX series. Together with the current rights holder a new CI was developed.  The proven event concept will be maintained, and there will surprises at each event. In particular, the mountain bike section will be further expanded and fully incorporated into the ratings of the teams.

Back to the news overview